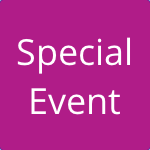 We need an accurate count in advance, so see the email for RSVP info and respond by 9/28/2015.

Meet at 10:20am for carpooling*
or 11:20am at Tower Hill Botanical Garden Registration Desk

More Than A Tour

Besides our tour of the major areas of the garden with long-time horticultural director Joann Vieira, there are many special Fall Fest events going on the day of our visit:

Lunch has not been planned but we know everyone will be hungry following the tour. Twigs Cafe at THBG will be open for lunch and serves a variety of salads, soups, gourmet sandwiches and desserts. In addition there are many wonderful restaurants nearby. Recommended are Harvest Grille on Route 12 in Sterling and Ristorante Via Alta 27 in downtown Clinton, both open for lunch. For those carpooling, don’t forget to take lunch into consideration when making your plans!